Mitigating misunderstanding in a project environment 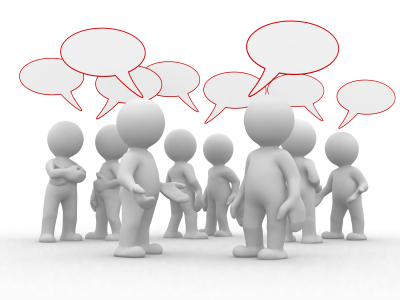 Have you ever played Chinese Whispers? Dubious name aside, it is a fun and entertaining game that just about anyone can play. One person has a phrase to begin with, and they whisper it as quietly as possible to another in the group. This person then does the same with what they think has just been whispered to them. The last one to receive the whisper has to say out loud what they think has been said. The final phrase is almost never even close to the original.

When similar things happen in a project environment, the end result is not hilarity – it can be disastrous. Can you imagine the trouble your project would be in, if somebody misheard the deadline and didn’t bother to verify it – however odd it sounded?

The end result of that, if left unchecked, would be a failed project on an epic scale. Not only that, but it is highly unlikely that the client would ever want to do business with you again – and believe me, they would not be able to keep that cat in the bag even if they wanted to!

Dealing with the misunderstanding before it gets to problematic proportions

Have one place, or method, for forwarding queries or concerns with one person answering each – officially. This may not completely remove conjecture and inaccuracy, but it will certainly help to control their numbers. Also, an official project Wiki can be an invaluable source of information that can help remove doubt and misunderstanding.

A project manager should have a clear plan for communication in any case, it is just good practice. The above is useful for bug hunting and problem solving, but other communication methods should be employed as well – especially between departments that require frequent updates from one another.

Having the channels and Wikis mentioned above is one thing, getting people to use and read them is another. E-mail blasts aimed at team members, managers and stakeholders will remind people that the resources are there and that they should refer to them wherever possible.

This is also a good way to inform everybody a concern that may have arisen is actually just the result of a poorly written memo or a misunderstood voicemail message.

Be the eyes and ears

Not everything is going to be requested in the approved manner, not every bit of the Wiki is going to be searched and read properly. This is why you need to have your eyes and ears open for anything that may not be completely accurate, or could cause confusion and misunderstanding later on down the line.

As project manager it is your responsibility to make sure that these things are managed properly.  If you opt to delegate the oversight of these, then you must have supreme confidence in the person that you elect to do it.

Podcasts are a great way of keeping up to date on all the latest industry suggestions, here we look at just 4 of the best podcasts...
Read more
General Discussion

Integrating social media in project management can be a great way to improve communication and stay updated on project milestones for both the project...
Read more
- Advertisement -